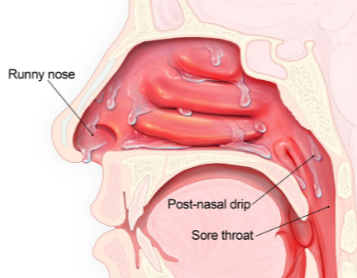 Are you having a runny nose in school or class? And what is the best medicine for a runny nose? Get more insights on how to stop a runny nose from cold or allergies, fast, naturally without medicines, best medication and with home remedies. 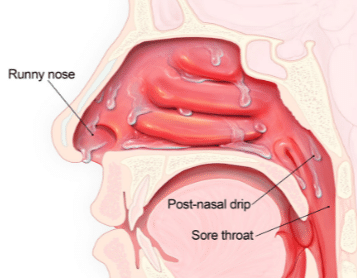 what causes a runny nose

Large amount of mucus is produced daily in the body for various purposes. In the lining of the nose, throat, airways and in the intestinal tract are the glands that secrete a mucus. The thick and moist substance helps in trapping and destroying foreign materials and objects such as bacteria and virus that can cause infections.

Mucus is however directed at the back of the mouth where it mixes with saliva to systematically drip gradually and in a continuous manner regarded as postnasal drip. It is hard to notice this process until when the body produces excessive mucus or thicker one than normal.

When the excessive mucus comes out of the nose it is regarded as a runny nose. This condition is caused by various factors and among them include the following:

Signs and Symptoms of a Runny Nose (Postnasal Drip)

The following are signs of a postnasal drip that should lead you to quickly establish on how to stop a runny nose before it becomes severe.

How to Stop a Runny nose – Treatment 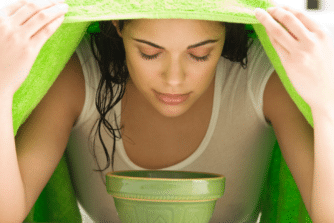 how to stop runny nose without medicine

There are different treatments ranging from the best medicines for runny nose, home remedies and use of natural ingredients depending on the causes of the condition.

Postnasal drip caused by bacterial infection is best treated using antibiotics. Colds are caused by virus and cannot respond to antibiotics. In most immune system fights viral infections on its own and what you have to do is to work on mechanisms that improves it such as taking more fluids, balanced diet and enough rest.

Decongestants is suitable for clearing a stuffy nose caused by viral infection and sinusitis. They help relieving the inflamed membranes that causes blockage. Decongestants are available over the counter and can be obtained under prescription by the doctor.

Antihistamines, nasal sprays and steroid medications are best for a runny nose caused by allergies. Good examples you can go for include; fexofenadine, levocetirizine, loratadine, certirizine and desloratadine among others.

Mucus-thinning medicines can also help in the removal of thick stuck mucus in the passages. Example of such medication is guainfenesin (Mucinex). This helps in preventing the blockage of Eustachian tubes of the ears and sinus that can result to more infections.

Saline nasal sprays can also be utilized through the process known as irrigation. It involves used of a device that sprays salt water to the affected tissues helping them to ease out the pain and discomfort. A good example to use is neti pot.

The body responds to a cold by releasing a chemical substance called histamine. It helps in increasing the amount of fluids at the area affected by either bacteria or virus. Histamine causes sneezing, watery eyes and a nasal discharge.

To deal with sneezing and runny nose, over the counter antihistamine medicines such as chlorpheniramine or diphenhydramine can be used to ease the symptoms. They also help in drying out the watery eyes, mouth and nose.

These symptoms are more severe in flu while mild with a cold. This makes the patient feels very uncomfortable and bad to rest. It is however recommended that you seek medical attention for diagnosis and treatment.

In the mean time you can use medication like acetaminophen or ibuprofen to ease the symptoms. Follow the instructions on how to use and note of any indicated side effects. If you are on other medication or you have an underlying condition consult your doctor or pharmacist before use.

Coughing is one of the main symptoms of cold or flu. It is mainly caused by the discomfort in the throat due to excessive mucus and inflammation of the tissues and membranes. Here are the best medication you can use:

NOTE: Medications should be prescribed by an expert for effectiveness and side effects purposes. Children and pregnant women should visit a doctor for the treatment of postnasal drip.

When to Call a Doctor

Despite a runny nose being annoying and uncomfortable, in most cases this condition clears up on its own. Medication helps it to end faster and also good for the management of symptoms such as pain and irritation. Postnasal drip may also be a sign of a serious underlying medical condition and you need to call the doctor if:

How to Stop a Runny Nose without Medicine

Self-help mechanisms can also be used to stop postnasal drip. They include the following:

How to Get Rid of a Runny Nose Naturally, Home Remedies 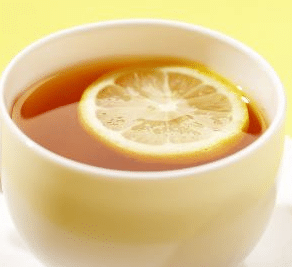 You can end your constant runny nose using natural ingredients at your home. They are not only affordable but also safe to use. They include the following:

Fluids not only help in hydrating your body from all sorts of microbes, they also strengthen the immune system and help the body fight strongly against fungal, bacterial and viral infections. There are different types of fluid you can go for and they include the following:

This is a strong natural ingredient that has antiviral, antifungal and antitoxic properties. It is however suitable for quick relieving of many symptoms of a runny nose. Here is how to use:

This is the best natural ingredient suitable on how to stop a runny nose. It has strong antibacterial and antiseptic properties. Here are ways on how to prepare and use:

This is a strong antibacterial and antiviral ingredient that can help in the management of infection symptoms. To use:

This is a natural decongestant whose aroma can unclog the blocked nasal passages with thick mucus.

This is also a strong antibacterial, antifungal and antiviral herb that helps in relieving a runny nose immediately.

Chew basils leaves in the morning before breakfast and also in the evening after meals while going to bed. This will help in the treatment of postnasal drip symptoms overnight.

It is a natural antihistamine suitable for nasal congestion and nose discharge resulting from allergic reactions and other irritants. Mix with soup and other meals to help in minimizing symptoms.

Postnasal drip is infectious and can spread to the other person through contact and sharing of personal items. Avoid such instances and quickly establish on how to stop a runny nose treatment quickly.

Turmeric is an ingredient that is used for the treatment of different conditions. It is traditionally used by the Indians for many illnesses due to its antioxidant properties. For the treatment of a runny nose, obtain a dry ground rhizome and soak in linseed oil that you can found in food and drug stores.

Roast the turmeric on low heat and keep inhaling the aroma. It will help in decongesting the nasal passages as well as thinning out the mucus.

This is another best home remedy for a running nose. Crush the thyme to form a powder and gently inhale the aroma. Alternatively you can use thyme oil.

This can be directly applied in the nostril using a clean finger to stop nasal discharge. Its medicinal properties helps in relieving the inflamed and irritated membranes. It also acts on the bacteria or viral responsible for stuffy and runny nose